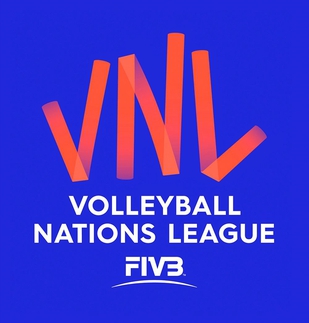 The FIVB Volleyball Men's Nations League is an international volleyball competition contested by the senior men's national teams of the members of the Fédération Internationale de Volleyball (FIVB), the sport's global governing body. The first tournament took place between May and July 2018, with the final taking place in Lille, France. Russia won the inaugural edition, defeating France in the final.

In July 2018, the FIVB announced that USA would host the next three editions of the men's Volleyball Nations League Finals, from 2019–2021‌. However, it was canceled due to a clash with the U.S. Independence Day (for USA 2020 Hosting). The FIVB then confirmed Turin, Italy as the new host of the final stage of 2020 VNL, but on March 13, 2020 the FIVB decided to postpone the Nations League until after the 2020 Summer Olympics due to the COVID-19 pandemic. Finally, the FIVB canceled the 2020 edition and confirmed Italy as the host of the final stage of the 2021 VNL.

The creation of the tournament was announced in October 2017 as a joint project between the FIVB, the IMG and 21 national federations. The Nations League replaced the World League, a former annual men's international event that ran between 1990 and 2017.

In October 2017, the FIVB announced, via a press release, the creation of the men's and women's Volleyball Nations League, confirming the tournaments as a replacement for the World League and World Grand Prix.

According to the press release, the goal of the tournament would be to revolutionize volleyball competitions, making it one of the most important events in the history of the sport, presenting volleyball in a way that has never been experienced before, building on the innovative sports presentation on display at the Rio 2016 Olympic Games and bringing the action closer to fans around the world. By pushing the boundaries of technology, innovation and digital broadcasting, spectators at home would witness new and diverse angles, showcasing the world class athleticism of each nation's best players.

For the very first time, the FIVB, in collaboration with the sports marketing company IMG, would take complete control of content production, maximizing quality and promoting a compelling on-court narrative, easier for fans to engage with and understand.